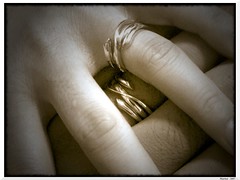 As families gather for Thanksgiving this year, nearly one in three American children is living with a parent who is divorced, separated or never-married. More people are accepting the view that wedding bells aren’t needed to have a family.

A study by the Pew Research Center highlights rapidly changing notions of the American family. And the Census Bureau, too, is planning to incorporate broader definitions of family when measuring poverty, a shift caused partly by recent jumps in unmarried couples living together.

About 29 percent of children under 18 now live with a parent or parents who are unwed or no longer married, a fivefold increase from 1960, according to the Pew report being released Thursday. Broken down further, about 15 percent have parents who are divorced or separated and 14 percent who were never married. Within those two groups, a sizable chunk — 6 percent — have parents who are live-in couples who opted to raise kids together without getting married.

Sad confession and an announcement from Calvary Church Ft. Lauderdale