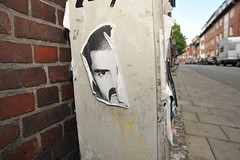 Is Islam the religion of peace? Walid Shoebat says no.  This morning on our show we’re talking with Keith Davies from the Walid Shoebat Foundation. Walid Shoebat was a former PLO terrorist and is the author of several books including Why I Left Jihad. He has since become a Christian living incognito in the U.S., and his manager, Keith Davies is the Director of the Forum for Middle Eastern Understanding.

Mr. Davies will be on the show to break down the often confusing issues to help us better understand the Middle East situation.

If you want to see a powerful 30-minute video about what Walid Shoebat says about his faith in Christ, why terrorists want to kill Christians and what Americans are missing, check out his October speech at Six Flags. I promise you’ll not be bored! Prophesy 101: Are you ready for the future?