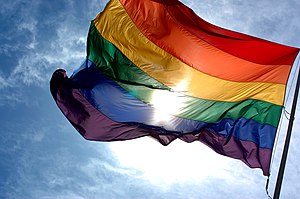 One of the most eye-opening features of the Perry v. Schwarzenegger trial – the trial where a few people in California are trying to redefine marriage for the entire nation to include homosexual relationships – was its near daily insistence on attacking foundational Christian moral beliefs.  On a regular basis, the Southern Baptist Convention’s Position Statement on Sexuality or the Catechism of the Catholic Church – both of which, like all orthodox Christian teaching on the subject, recognize homosexual behavior as sinful – would be pulled out and subjected to ridicule.  Worse, these Christian teachings were used as evidence that the recently-enacted California definition of marriage was irrational because it may have been based in part on religious teachings.  In other words, if you vote your faith, your vote shouldn’t count.

Keep sleeping Christians–this will never happen in your state.

Could It Happen in Your Church?

A Glimpse at the Future of “American” Christianity Is the Church in America Prepared for Harassment and Persecution?

Eternal Hope in the Midst of Tragedy