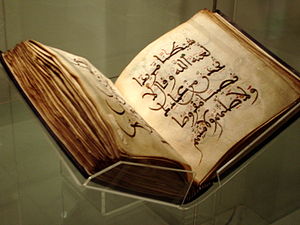 As we have discussed previously, there is a movement within certain Christian circles to find common ground and dialogue between Muslims and Christians.

These Christian leaders believe that if we can find a common set of beliefs between the two religions, we can develop a common dialogue and basis for cooperation.

Well, as we learned today,
there is one thing Muslims and Christians agree on—Jesus Christ is returning soon. To Muslims, he returns as a prophet supporting the twelfth Imam as he reins destruction on all Christians and Jews—Believers know He will return in glory, establishing His permanent Kingdom as the Son of God. But, hey, why should we quibble over details.

There are many Christian leaders and Pastors who seem to be willing to overlook huge differences in theology in reaching out to Muslims. We are not talking minor theological teachings here—we are talking about the very divinity of Jesus Christ. On that there can be no compromise. The Koran teaches that Jesus was a mere prophet preceding the great prophet Muhammed. They teach that Jesus was not the Son of God and did not die on the cross, but rather was taken miraculously to heaven by Allah. And now we learn that Muslims believe Jesus will return to help the Twelfth Imam usher in a reign of terror where Christians and Jews are killed and Sharia Law is imposed forever.

The nation of Israel has learned that radical Muslims cannot be trusted when they proclaim a desire for peace. And now some Christian leaders seem willing to overlook MAJOR theological differences to find common ground with Muslims in the hope of attaining world peace. They argue that the apostle Paul and even Jesus Himself ‘contextualized” their message to reach certain cultures. Yes, they did—but NEVER at the expense of the true gospel of repentance and salvation.

Should we seek to live in peace with Muslims and all men?—absolutely. But should we be willing to downplay or even deny the basic doctrinal beliefs of our faith to accommodate Muslims or any one? ABSOLUTELY NOT. As we approach the final days before Jesus returns, there will be many attempts to distort and dumb down the doctrine that God teaches—all in the name of just getting along.

Wishing All of Us a "Disturbing Christmas"

Are Christians Prepared If Chaos Comes?