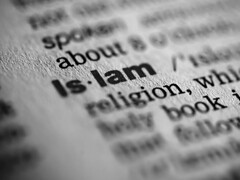 We talk a lot about Islam on Stand Up For the Truth.  And we do this for a couple reasons which I would like to share.  First we discuss it because Islam is a real threat to Christianity.  Islam is both a religion and a philosophy of government and these two components cannot be divided.  If Islam continues to spread in our nation we face the real possibility of Sharia law taking hold in our nation as it is in Europe.  Religious freedom is not allowed under Sharia Law and as Christians our beliefs are incompatible with Islam and Sharia Law.

The other reason we talk a lot about Islam is the even greater danger we are seeing.  Naïve Christian leaders like Rick Warren, Jim Wallis and Brian McLaren really seem to think that we can find a common ground with Islam—that somehow there is enough in common between Christianity and Islam for a common ground for worship.  To me, this is a dangerous move of the enemy to homogenize religion and banish the distinct nature of Christianity.  The fact of the matter is there is no way Islam and Christianity can have a common bond as religions.  Islam denies that Jesus Christ is the Son of God.  This is the core belief of Christians—that Jesus, the Son of God, took human form to be a living sacrifice for our sins.  That He rose from the dead to conquer sin and death; that He is the only way to God our father and eternal life.

To seek common ground with Islam is foolish and dangerous.  It is the early seed of a one world religion that will lead many astray.  And leaders like Warren, McLaren and Wallis are leading the charge.

As Christians we better wake up and take notice of what some in leadership are advocating these days.  Are we so desperate to be seen as inclusive and loving that we dare deny the basic tenet of our Christian faith?  Is that a price we are willing to pay to bring about a false and temporary peace?

Are we called to love all men, including Muslims?  Yes.  Are we called to sacrifice our core beliefs of the gospel to reach out to them?  No way.  Yet that is what seems to be happening.  For too long the Christian church in America has been lukewarm.  Well those days are coming to an end.  We have a choice—we can fall into a trap that leads us to accepting false religious beliefs in our quest for peace—or we can stand firm in the core conviction of our faith—that Jesus Christ is the Son of God and the only path to truly knowing and loving God the Father.

The choice is ours; and choices have consequences.