The Future of the Middle East 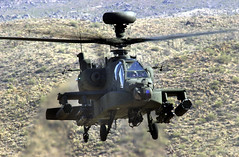 With all the confusion and chaos in the Middle East, it is difficult to get a handle on exactly what is transpiring. But if you look closely at history and the Word of God, it can become much clearer. So from those vantage points, allow me to make some predictions:
*First, radical Islam will be successful in overthrowing many ‘moderate” Muslim countries that have lived in relative peace with Israel over the past few decades. The reported ‘movement toward democracy” will be shown to be a sham and cover for radical Islam to spread its terror. Christians will be persecuted and forced to leave these nations as Sharia Law is imposed.

*Second, these radical Muslim states will eventually use oil to blackmail the United States and Europe into supporting their move at the United Nations to call for an independent Palestinian state. With the Unites States beholden to them out of fear of losing vital oil, the US will officially endorse a Palestinian state—or abstain on the Security Council vote, paving a way for this illegal and immoral move.

*Third, terrorist attacks on Israel will increase as radical Muslim terrorists attempt to goad Israel into striking back. When she does, the “Libyan Model”—intervening on a humanitarian basis will be invoked. The UN will intervene on these “humanitarian” concerns and send peacekeeping forces to the West Bank and Gaza strip. This will be the final step to setting up an illegal Palestinian state and eventually seeking to divide Jerusalem, depriving Israel of more land God promised to them.

All of this will be possible because of the willingness of the United States to turn its back on Israel. Whether as an active force, or a passive bystander, the US will eventually turn her back on Israel because of our lust for Middle Eastern oil. And the stage will be set for the time prophesied when all nations turn against Israel.

Not a very cheery prediction, is it? But here is a fact that brings hope and comfort—none of this is a surprise to God. Our creator knows what must unfold to usher in the return of Jesus Christ to rule forever. All nations must turn against Israel eventually so God’s justice and power can be shown. So in the midst of these troubling times, never take our eyes off God. He is in control. Man will impose his foolish plans, but God will prevail. So as the world continues to spin into chaos and turn its back on God, stay strong in Him, His Word and His promises.

2012: A Year For Spiritual Preparation

Baseball and Our Christian Walk