Warren's Connection to the Muslim Brotherhood 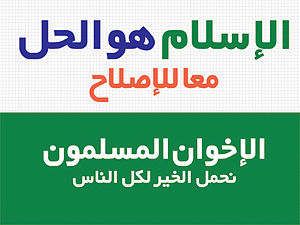 Has Rick Warren become a shill for Islamic terror?

That’s the charge of a well-documented article by an investigator published in FrontPageMag.com.

Warren is promoted on the “speakers corner” of the Islamic Society of North America, an arm of the Muslim Brotherhood and a financier of the Hamas terror organization.

Fifteen months ago, Warren spoke to ISNA’s annual convention with these opening words: “As-salamu Alaykum. I come to you today deeply humbled and honored by this invitation. I truly mean that. I applaud your courage for inviting an Evangelical pastor. Thank you.”

He shared the podium at that event with Siraj Wahhaj, an “unindicted co-conspirator” in the 1993 World Trade Center bombing; Zulfiqar Ali Shah, the former South Asia director of KindHearts, a Hamas fundraising group shut down by the FBI in February 2006; and Naeem Muhammad, a U.S. staff member of Islamic Relief, a “charity” the Israeli government has claimed is a front for Hamas.

When Joe Kaufman asked Warren’s chief of staff, David Chrzan, why Warren’s picture and bio still resides on ISNA’s website 15 months after the speaking engagement, he received this reply: “The website you reference lists Pastor Warren as one of the speakers at the 2009 ISNA Conference held in Washington, D.C., this past July. Pastor Warren’s bio on the site does not represent an endorsement of ISNA or its activities, but rather as one of the speakers who was invited to address the conference.”

Surely Saddleback Church and Rick Warren understand why ISNA is still promoting that appearance. It is a conscious effort to “mainstream” the Muslim Brotherhood front by association with a man who has been called “America’s pastor.”

Yet, Warren does not seem to be concerned…

Check out the rest of this article via wnd.com

What do Rick Warren, Russell Moore, Muslims, Mormons and the Pope have in common?

Who is Peter Drucker, and what did he do with our church?