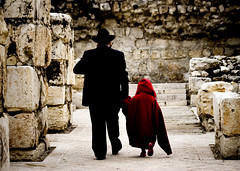 Watching events unfold in the Middle East always brings me mixed emotions. Christians have a mandate to defend Israel and the Jews according to the bible. In John 4:22 Jesus declares that salvation is from the Jews. As God’s chosen people, the Jews were the people God chose to deliver His Holy Word and bring forth His Son, Jesus, as the messiah and savior for those who believe in Him.

In Romans Chapter 11, Paul says that as Christians we are grafted into the branch of the Jewish people. So we are forever connected to the Jews, even though they have currently rejected Jesus as the Son of God. And in the final days, Paul says all Israel will be saved. Sometimes that doesn’t make a lot of sense to me—but then I remember He is God—and I am just Mike. His ways are above my ways. And my duty is to believe His Word—not question it.

The Word of God clearly states that in the end times virtually every nation will turn against Israel and seek to destroy her. Finally Jesus will return in glory to destroy the wicked and establish His everlasting Kingdom. So it is inevitable that while we are called to defend the Jews and Israel as God’s chosen people, things will deteriorate and the world will come to the brink of destruction.

And increasingly, those of us who take our biblical mandate seriously to defend Israel will be marginalized and hated. So what do we do with this? We get over it and do what is right according to God’s Word. We recognize that although our salvation is a free gift we cannot earn, there is a responsibility we have for receiving that gift. We will be scorned and hated by the world. As Jesus said in John 15, “If the world hates you, remember it hated me first. If you belonged to the world it would love you as its own. As it is, you do not belong to the world, but I have chosen you out of the world. That is why the world hates you.”

A strange irony of being a true Christian—we are to love all men but rejoice when the world hates us in return. Father God may we have the peace, joy and passion to love all men enough to share your truth with them. And may we love them so well that the world will deeply hate us for standing up for your truth. A strange prayer indeed. But then we serve a strange God—one who gave His very life that we might become His children and enjoy eternal life with Him.

The Dangers and Challenges in Sharing the Gospel