Chrislam and sharing faith with Muslims 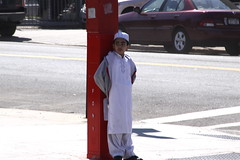 Can Christianity be blended with Islam to show Muslim followers the true Jesus? This is a highly controversial topic and one that we as Christians definitely want to talk about.

Today we continue the second part of our two-podcast series on Chrislam,the movement to bring together two religions and two people groups: Christianity and Islam. We’re talking about the  A Common Word Between Us document as well as some teachings from a ministry called Jesus in the Qur’an.  What can we do as Christians to discern between the biblical way of sharing our faith with Muslims and a way that is taking a different course?

Return to the Word