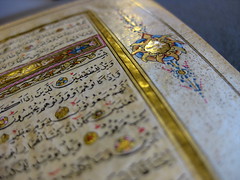 Today we begin our two-part series on the movement to bring together two religions and two people groups: Christianity and Islam. On today’s show we discuss a controversial document called A Common Word Between Us, and share some thoughts from the 300+ leaders who’ve endorsed it–as well as regrets from those leaders who wished they hadn’t been so quick to sign on.

The question of Christian Leadership