When greening up the church becomes an agenda 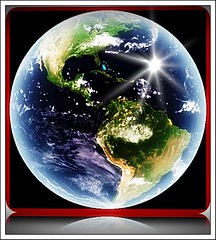 There is a universal movement to elevate God’s earth to an object of worship. We want to be good stewards of the Earth, but some believe there’s a fine line between stewardship and a worship of environmentalism.  Our guest, Dr. Cal Beisner has developed a ministry around “Resisting the Green Dragon” to help believers understand what this movement is all about. Many public schools promote this earth worship movement as part of their curriculum. Dr. Beisner’s Cornwall Alliance offers a wealth of resources and education materials as a tool to teach about this dangerous movement of universalism through earth worship.

In 2011, the United Nations will consider giving “mother earth” full human rights. If adopted, the impact will be staggering economically and spiritually. The “Pachamama” movement, based on the Aztec earth goddess, will bring earth worship into full gear. Sadly, many Christians are falling in to line with this false worship. Among those signing on is Matthew Fox, a pastor who formed the “Creation Spirituality” movement, considered an enlightened teacher by people like Brian McLaren, leader of the Emergent church movement. Guiding the Church in Challenging Times