Sharing this from today’s news. Do you think we’re being judgmental for covering this school agenda story? 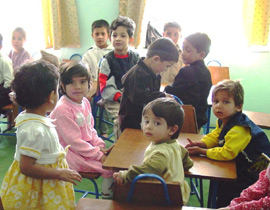 California has become the first state in the nation to require public schools to add lessons about gay history to social studies classes, after Gov. Jerry Brown (D) signed the landmark bill on Thursday.

The Democratic-majority Legislature passed the bill last week on a largely party-line vote.

The bill has drawn criticism from some churches and conservative groups that argue such instruction would expose students to a subject that some parents find objectionable.

Democratic state Sen. Mark Leno of San Francisco, the bill’s author, has said that teaching gay history in public schools will teach students to be more accepting of gays and lesbians.

July 5: Assemblyman Tim Donnelly, R-Twin Peaks, called on lawmakers to reject a measure requiring public schools to teach the historical contributions of gay Americans, at the Assembly in Sacramento, CA.

The state will now draw up guidelines for the districts, and educators will decide who deserves inclusion in the curriculum.

Supporters suggest slain San Francisco politician Harvey Milk would be an appropriate choice. Leno contends Milk’s fight for civil rights is as worthy of class study as Dr. Martin Luther King, Jr.’s. He adds this kind of “inclusive curriculum” will help protect students who may look, or act, differently.

“In the past, history taught about what people did, what they accomplished,” says Brad Dacus, head of the Pacific Justice Institute. “It didn’t focus on their sexuality and what they did in the bedroom. Yet that is what this legislation will impose on every public school in the state of California dealing with heterosexuality, homosexual role models, transgender role models, all the way down to the kindergarten level.”

Dacus adds, “It’s California tax dollars from parents who are paying for this kind of indoctrination that’s being put into public schools. That demeans them, their family, and their relationships.”

He says inclusive education is as important as the 3R’s. “This all goes together.”

But critics worry parents who object to this curriculum will be labeled intolerant, and that kids will start thinking about sexuality and gender identity at a very young age.

The Associated Press contributed to this report.

Chipping Away at Biblical Morality and the Economy

LHT: "Think Carefully About Which Christian College to Attend"