Are You a Watchman–Or Playing It Safe? 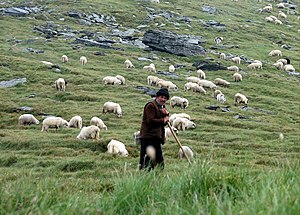 As one looks at all that is going on in the world today, the one thing you can see for certain is that lines are being drawn in the sand on several fronts.  Politically, emotions and anger are running high as both parties blame each other for the financial crisis we face.  Both parties seem more intent on assigning blame than offering real solutions to the crisis.  In the meantime, the average American family watches as their financial security is in jeopardy and many struggle just to put food on the table and keep a roof over their children’s heads.

And spiritually, particularly in the United States, lines are being drawn in the sand between fundamentalist Christians who want to maintain the purity of God’s Word and teachings and an emergent/social justice movement that seems intent on bringing confusion to our youth and to the church.  To them, anything that calls itself absolute truth—even the Word of God—is disdained and called arrogant.

So as the church in America, where does that leave us?  It leaves us calling for church leadership to stand up and take a side in this battle over the truth of the bible.  An increasing number of churches, nationally and locally, are allowing some very dangerous teachings to infiltrate the body.  An acceptance and even promotion of homosexual marriage; the blending of Christianity and Islam; a seeker friendly attitude that has gone way too far—these are issues that can no longer be ignored.

Sadly we seem more interested in debating relatively unimportant issues of our faith, ignoring the 800 pound gorillas in the room.   We seem to be acting like the Emperor Nero—fiddling while Rome burns.  We hope that if we just ignore these problems they will all go away—and we can return to the way things used to be.  Well fellow leaders, that just ain’t gonna happen!  The battle is upon us if we wish it or not.  And as leaders, it is imperative we let people know where we stand in these days of spiritual confusion.

There is so much at stake these days.  Satan is attacking the Body of Christ with lies and half-truths—all cloaked in nice sounding terms like “justice”, “emergence” and ‘peace”.  And it is up to us as leaders—as watchmen on the wall—to sound the alarm.  And as God told Ezekiel in Chapter 33:  If the watchman sees the sword coming and does not blow the trumpet to warn the people, not only will the people fall because of their sin, but the watchman will be held accountable.

As watchmen, we can no longer “play it safe”.  We are either in or out.  We either lead, or let someone else lead.  There are simply too many eternal lives at stake to play it safe any more.  Jesus our great shepherd has entrusted us as leaders with flocks to protect.  Are we standing up to the wolves?  Or hiding and cowering in the shadows—risking the sheep by playing it safe?  Ezekiel Chapter 33—if you are a leader, I suggest you read it.

What If You Lost "Everything"?

What Does American Christianity Stand For These Days?