Do You Know the Play Book? 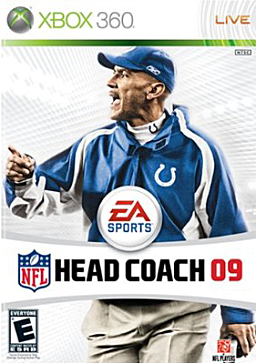 Millions of Americans breathed a deep sigh of relief recently that a crucial issue had been settled—no, not our nation’s debt issues—but that we would have NFL Football in 2012!  I confess to be one of those happy to see the football strike settled—I just love football.  It is the quintessential team sport where athletes pursue a lifelong dream of playing in the NFL and one day winning a Super Bowl.

The first thing a young athlete receives when a team signs him is a huge playbook with every offensive play or defensive set a team would run.  It is a monstrous book that can be very intimidating.  But until a player knows that playbook like the back of his hand, he will struggle with simple assignments.  Once he knows the playbook, things become easier and more natural and his God-given talent can be seen.  He can then become a productive member of the team.

Well the day we as Believers committed our lives to Jesus Christ, we were given a “playbook”—the Word of God.  In it is every command of God; every rule for a productive life; everything we need to be a productive member of God’s Kingdom.  But just like the young man who wants to be an NFL star, without immersing ourselves in that book, we will struggle with the basics.  We will not be on the same page as the “Head Coach”—God.  He will be expecting us to do one thing, and we will be off doing another.

While God’s gift of salvation is a free gift for those who believe in Jesus, there is something God asks of us—obedience.  In John 14:15 Jesus said “If you love me, you will obey what I command.”  Well how can we truly and completely obey Him if we do not know His written Word?  Unless we study that “playbook” and learn it completely, we will fall short of all God wants of us and wants us to become.  We may still make the team, but we will be relegated to a benchwarmer, watching from the sidelines as the team moves forward seeking the ultimate prize.

NFL coaches put a ton of work into developing a team’s plays and schemes.  They tell players if they trust in the system and know the plays, they and the team will be successful.  So it is with the Word of God.  Yet recent studies show only 34% of self-proclaimed born again believers believe God’s Word is absolute truth.  And even those of us who do believe in its truth, don’t spend the time necessary to know the book like we should.

Well a time is coming when that book—the Word of God—may be all we have to hold on to in this world.  The world’s hatred toward God and us grows each day.  When things get really tough, will we have that immovable anchor—God’s Word—secured in our hearts?  Or will we drift aimlessly and give in to the world?

Every NFL rookie’s first assignment is to “learn the book”!  And so it should be with Christians.  If you don’t yet know God’s Word deeply and intimately, there is still time.  Hide it in your heart where it will become the sole basis of every decision we make.  Things will only get tougher as we move closer to Jesus’ return.  But with His Word to guide every thought and action, we will prevail.

Headed Over a Spiritual and Moral Cliff?

Does the Church Need Change or Stability?