Where Is Your Faith–In God or Men? 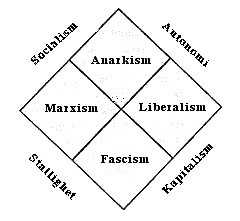 Well Washington is poised to pass a compromise on the debt crisis.  As usual it appears to mainly be another in a series of delaying tough decisions for political expediency.  So things will calm down for a little while.  But wait, next Tuesday many Wisconsin voters will vote in recall elections, setting the table for more political wrangling and fighting in Madison.

Now speaking as a reformed man who used to be addicted to politics, I fully understand how easy it is to get consumed with what is going on in our government.  Because nearly every decision or action we take these days seems to run head into government regulation.  There is not a part of our lives that the government seems unwilling to control these days.

The challenging thing about being a Christian is knowing when and how to be involved in politics without letting it consume you and distract you from your walk with God.  No doubt we should take a stand on issues that clearly contradict God’s Word and teachings—issues like abortion or gay marriage.  But too often political issues divide us as Christians and we see Christians drawing lines against one another over our political beliefs and affiliations.

A perfect example was a call we received last week from a lady, tearful over the cutbacks her family has had to make because her husband, as a state employee, had to take a pay cut by paying more of his benefits under Governor Walker’s budget.  She felt Christians within her own church were unsympathetic to their situation, some almost rejoicing in the fact that her family was having to cut back.

It’s a tough situation.  When I talked to her off air, I told her I understood and sympathized with what her family was going through, but she needed to understand most of us in the private sector have been going through the same thing for the past three years—wage cuts, losing benefits and longer hours.  But as Christians, do we allow our attitude to be one of “now you know how I feel”?  Or do we lovingly encourage and come together around our love for one another—instead of drawing political lines pitting brother against brother?

This nation is becoming extremely polarized around political ideologies.  There is so much bitterness and hateful language being thrown about.  Recently several progressive democrats called Tea Party Congressmen terrorists for their stance on the principle of reducing our federal debt.  They are accused of not caring about the lives of children or the elderly because they think our federal government needs to stop going trillions into debt every year.

Yes, all sanity and common sense seems to be leaving our institutions of government—but that is never an excuse for it to happen within the church.  We are called by God to be a peculiar people, evidenced by our love, joy and peace.  And we should know that to trust government or our money over God is foolish—and sinful.  I believe it was Thomas Paine, during the American Revolution, who said:  “These are the times that try men’s souls.”  Well fellow brothers and sisters, these are the times that will try our souls as believers and followers of Jesus.  Will we abandon our self-proclaimed faith in God, putting our faith in men and turning on one another?  Or will we stay true to that which we openly state—that we trust God, allowing our love of one another to trump our political ideologies?  God is watching…

Do We Really Love God and Our Nation?

Christian Obedience–A Suggestion or a Mandate?