Does the Church Need Change or Stability? 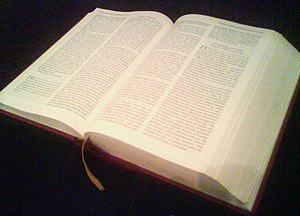 I remember reading a book in High School, Future Shock by Alvin Toffler.  In it Toffler talks about too much change too quickly and how the world would one day be changing so rapidly that it could not keep up with itself, and chaos would soon reign.  The rapid growth of fundamental change would be too much for humans to absorb and the world in its chaos would become a much different place than we could ever imagine.

At the time I read it I found it to be an interesting piece of fiction that was thought provoking, but I questioned the validity of Toffler’s premise.  Well, as you look around today, the rapid fundamental change in our society seems to lend credence to Toffler’s theory.  Just look at America today compared to 20 years ago—the economic and social changes are staggering.

Is the same thing happening in the Christian church in America?  Suddenly we have Christian churches preaching from both the bible and the Koran; Evangeliecal leaders seeking to find common ground with Islam—a religion that denies that Jesus is the Son of God; and some churches introducing New Age teachings like contemplative prayer, labyrinth walks and Zen Buddhism meditation.  It can literally make your head spin and make Christianity almost unrecognizable in some circles.

As some of our churches become consumer driven, we are now asking consumers what is important to them in a church so they can have their needs met.  And when a church places itself at the whim of consumer wants, it is in deep trouble.  Because what people want isn’t necessarily what they need.

What we need is the truth of God’s Word—complete with His promises, grace, mercy and challenges.  And while salvation is a free gift from God for those who have true faith in Jesus, with that gift comes responsibilities.  Jesus said “If you love me, you will obey all I have commanded”.  James said faith without works is dead faith.  But in today’s consumer driven mentality in some of our churches, those are just too harsh to preach.  People want to feel good about themselves.  They want all the benefits of Christianity without accepting the responsibilities.  And in these churches that are introducing New Age and Eastern religious philosophies into their services, they are saying to God “You are insufficient.  Your Word alone is not enough for us”.

Rather than change with the times and become something almost unrecognizable, our churches must return to the roots of the Christian faith.  We must preach the Word of God, complete with its victories and challenges.  So at a time when change is seen as something good, we need to recognize that what Jesus established in his church doesn’t need to be changed or added to.  He and His Word alone are sufficient for life—both now and eternal.

The Future of the Middle East

The Emergent Church and the New Age Movement

Holiness is what we need