Mushy beliefs and a challenge to Christian leaders 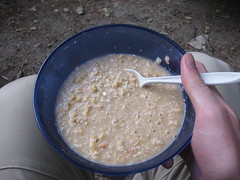 Why do Christians struggle with faith? The latest Barna study (posted below) shows us that we are in a crisis in the Body of Christ in our nation. Today we’re challenging pastors, priests and other leaders in the church to stand up as watchmen (and women), and take back the pulpits and altars of the Church in America. Plus a visit today from Patrice Lewis, blogger and author of The Simplicity Primer. Check out her articles on World Net Daily and her Blog.

The ceremonies conducted last weekend on the tenth anniversary of the tragic events of September 11, 2001 raised important questions for people to ponder: What does it mean to be an American? What are the duties and obligations of people who call themselves citizens of the United States?

Perhaps churches and other ministries throughout the nation would benefit from similar exercises that pose parallel questions for their adherents: What does it mean to be a follower of Jesus Christ? What are the duties and obligations of someone who calls himself/herself a Christian or claims to be a citizen of the kingdom of God?

These are pertinent questions to wrestle with in light of some recent research released in Maximum Faith, a book by researcher George Barna concerning whether or not people’s lives are transformed by their faith in and relationship with God, and how that transformation takes place. While everyone is on a lifelong journey the research revealed that a relatively small proportion of individuals stick with the process long enough to become the mature Christ-followers and world changers that they are meant to be.

The nationwide studies conducted in relation to the project indicate that there are several barriers to overcome before many people are likely to persevere and maximize their connection with God.

Obstacle 3: Activity
Mired in a culture that rewards hard work and busyness, it’s not surprising that tens of millions of self-identified Christians have confused religious activity with spiritual significance and depth. For instance, four out of ten self-identified Christian adults (39%) have participated in a combination of three “normal” religious activities in the past week (i.e., attending church services, praying, reading the Bible). But far fewer have engaged in another trio of deeper faith expressions: less than one out of ten have talked about their faith with a non-Christian, fasted for religious purposes, and had an extended time of spiritual reflection during the past week. Various spiritual disciplines – including solitude, sacrifice, acts of service, silence, and scriptural meditation – are also infrequently practiced.

Obstacle 4: Spiritual Community
Most self-identified Christians note that they feel comfortable and connected within their church. However, various measures show that there is not much vulnerability and accountability occurring within the context of those faith-based connections. Many self-identified Christians do not take their faith community seriously, whatever type it may be, as a place to which they should be open and held to biblical principles. Only one out of every five self-identified Christians (21%) believes that spiritual maturity requires a vital connection to a community of faith. Further, only one-third (35%) claims to have confessed their sins verbally to another believer at some point during the past quarter.

The Big Picture
According to George Barna, whose six years of research on the transformation process resulted in the insights described in Maximum Faith, there are several church-wide concerns that could be addressed toward helping self-identified Christians experience a more fulfilling and robust relationship with and faith in Christ.

The first challenge has to do with tools and expectations. Barna noted that most churches encourage people to engage in an increasing amount of religious activity, asking them to pour themselves into efforts related to the “core six” spiritual dimensions: worship, evangelism, discipleship, stewardship, service, and community. While growth in those areas is important, Barna expressed two related concerns. The first was that people often fail to realize that the end game of spiritual development is godly character, not worldly accomplishments. God does not need His followers to achieve things on His behalf in order for them to become more acceptable or valuable to Him. The research also indicated that sometimes people get so wrapped up in finishing church programs or producing specific religious results that they lose sight of the purpose of their faith, which is to have a life-changing relationship with Jesus. Barna noted that it becomes easy to substitute laudable religious activity for intentional and simple engagement with God. American Christians, in particular, have become known for doing good works and religious exercises rather than simply being friends and imitators of Christ.

A second challenge is to help believers embrace the necessity of sacrifice and suffering in order to surrender and submit themselves fully to God. Unfortunately, in a society that disdains purposeful sacrifice and suffering that leads to growth and depth, brokenness is an unappealing and rare objective. Until such brokenness occurs, though, people’s transformation is hindered. Rather than viewing those who suffer for their faith and give God full control of their lives, the Church could raise those people up as champions, positioning such selflessness as victory rather than loss. If such individuals are not found in a congregation, then it may be time to rethink the disciple-making process relied upon in that church. The Maximum Faith research emphasized the pain endured through personal crises, a prolonged commitment to the formation process, and increasing involvement with spiritual disciplines are instrumental in producing broken people.

A third challenge listed by Barna was the importance of perceiving and experiencing a faith community as a vital support system in the pursuit of a deeper relationship with God. Past studies have shown that while small groups that meet during the week for purposes such as Bible study, prayer, and life sharing have become a regular activity among roughly one-quarter (25%) of self-described Christians, and those meetings are relied upon by conventional churches as a means of creating community and a sense of connection to the church, the ultimate product of those groups is a combination of knowledge and comfort more often than it is commitment and application. Knowledge is a crucial step in the growth process, but without transparency and accountability the information rarely gets converted into personal, congregational, or cultural transformation.

New Metrics
Barna is currently working on helping faith communities re-think how they measure “success” in their ministries as well as measures individuals can use to estimate where they stand on the 10-stop transformational journey that emerged from the research. Common success measures such as church attendance and program completion showed little correlation with transformational progress. The new metrics being tested relate primarily to spiritual fruit evidenced through character change, lifestyle shifts, attitudinal transitions, and spiritual process and commitments.

About the Research
This Update is based on research conducted for the Maximum Faith Project, which took place between 2005 and 2010. The research included a series of national public opinion surveys conducted by Barna Group, built on findings from two decades of national studies conducted prior to that time.

The surveys drawn from for the data in this Update were conducted by telephone, with a special effort made to include people who no longer have a landline in their home but now rely solely on mobile telephones. Each survey—with one exception—involved a national random sample of adults (18 or older) selected from across the 48 continental states. Of the sixteen surveys conducted for this project between January 2007 and August 2010, the sample sizes ranged from 1,000 to 1,203, except for a single survey conducted in 2009 among 400 self-described Christian adults. Upon the completion of each survey, minimal statistical weights were applied to the data to allow the results to more closely correspond to known national demographic averages for several variables. In all of the surveys conducted since 2008, the sample universe included a sub-sample of people drawn from cell-phone households. All studies relied on callbacks to households not reached after the first attempt. The average length of the surveys in these studies ranged from fifteen to twenty-two minutes. The maximum sampling error associated with these surveys ranged from +2.9 to +5.0 percentage points, depending upon the sample size and the response proportions in question. Are Americans Still a Moral People?

Are Americans Losing Faith in Church?