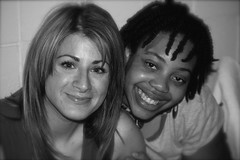 The Muslims population will be more than one-quarter of the Earth’s population by 2030, according to a study released in January.The number of U.S. Muslims will more than double in the next 20 years, so says the findings in  The Future of the Global Muslim Population, the first comprehensive examination of Muslims, whose numbers have been growing at a faster rate than all other groups combined.

How are we as Christians reaching their new neighbors with the hope of Jesus Christ? Are we even trying, and are we doing it in a way that honors the individual as well as the Kingdom of God? There are some interesting news headlines we’re following about how Christian leaders in America are reaching out to a growing Muslim population, including these links:

Helping us sort these questions out is our special guest today is Elijah Abraham. Elijah is a born-again Christian who converted from his Muslim faith, and now helps equip Christians to reach the Muslim world.  Elijah has some fantastic articles at Biblical Missiology, and is the founder and executive director of Living Oasis Ministries, where you’ll find a host of resources.

Can a True Believer Lose His Salvation?

Coming Out of the Darkness of Liberal Thought

“I have a Word:” An interview with Justin Peters