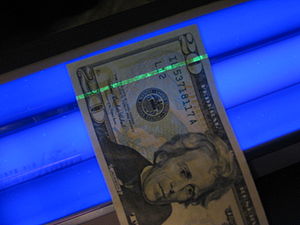 Over the past several weeks I have talked with local Pastors and Christian leaders about the topics we cover on this show. Most are appreciative of the information and research we provide and appreciate how we always point Christians back to the Word of God as their only source of absolute truth.

One of the questions I sometimes hear is this: “Are we spending too much time talking about things we stand against—instead of sharing what we stand for?” I think that is a fair question and one that deserves an explanation.

That exemplifies a crucial role of Stand Up For the Truth—to alert Christians that counterfeits are trying to infiltrate the system. Because if we don’t know there is a threat, we cannot prepare to counter it. And just like counterfeit money, these counterfeits are not easy to spot—it requires knowing the real thing and the subtle differences between God’s truth and Satan’s slight twisting of that truth. And once this counterfeit Christianity gets a foothold in the church, trouble begins to spread.

A classic example is the Emergent Church movement. What started as a movement to emphasize Jesus’ teachings to help the poor and bring greater spirituality into Christianity has slowly morphed over the years. Its leaders question the authority of the scriptures, emphasizing experience over doctrine. And now many of its leaders are involved in interfaith spirituality and New Age teachings that do not resemble traditional Christianity at all.

Now we are hearing reports that the Emergent Church movement is dead. Don’t buy that for one moment. It is not dead—it is evolving into something much more dangerous. And now that its leaders like McLaren are widely accepted in far too many churches it will become a very powerful deception to youth and naïve Christians.

By all means, we need to study the real thing so we can spot the counterfeit when we encounter it. Every Christian needs to spend more time in prayer and the study of God’s Word, anchoring ourselves against the attacks of the enemy. But someone needs to sound the alarm and expose the counterfeits out there—and we will continue to do so. We’ll sound the alarm as God calls the Watchman to do—and all of us will gird ourselves for battle by putting on the full armor of God. War is upon us as the Body of Christ. To ignore this fact is dangerous and foolish.

Are You a Berean–Or a Fool?