Sharia Law and the United States 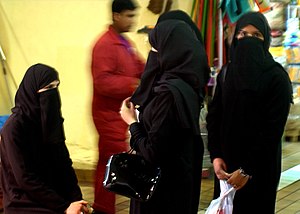 Today we’re talking about the concern about Sharia Law creeping in to our nation. What it would mean for Muslims and Christians in the United States? There is also a growing push to make Islam look more acceptable to the American public through the way journalists cover stories:

The three-hour online course called “Covering Islam in America” is a project of The Poynter Institute, which claims the program is designed to “give a broad explanation of the religious, social, political, and geographical facts about Islam today.” That organization has partnered with the Social Science Research Council and Washington State University to strengthen “accurate” reporting and to enhance “the ability of the media to fairly report on a range of pressing issues.”

Helping us look at Sharia is our special guest today is Elijah Abraham. Elijah is a born-again Christian who converted from his Muslim faith, and now helps equip Christians to reach the Muslim world.  Elijah has some fantastic articles at Biblical Missiology, and is the founder and executive director of Living Oasis Ministries, where you’ll find a host of resources.