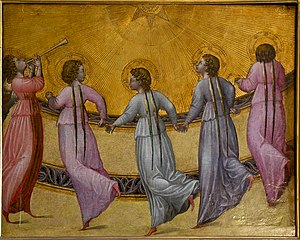 Antichrists and false teachings—two challenges we are told we will face in these final days.  And I think it is important we distinguish between the two as we stand up for the truth and purity of God’s Word.

John defines an antichrist as one who does not believe that Jesus is God in the flesh, died for our sins and rose from the dead.  By that definition we can probably classify Muslims, atheists, universalists, Hindus and Buddhists as antichrists.  But what about those in the social justice and emergent church movements?  Most of them do not deny Jesus as the Son of God and acknowledge his death and resurrection.  They acknowledge Jesus as the only way to eternal life.  So they are not antichrists.

This is an important distinction as we stand up against attacks on the Word of God these days.  The way I look at it is this:  Antichrists are enemies of God, disavowing Him and the one He sent.  But most of the leaders of the emergent and social justice movements are children of God who have strayed from the purity of His Word.  They are either adding to or taking away from the scriptures and in some instances challenging the stated character and nature of God.  Most are by products of the revolutionary sixties where they were taught to challenge all authority and march to the beat of their own drum.  They are prodigal sons and daughters who are seeking something that looks beautiful, but is really fools’ gold.

The reason this distinction is important is that when we view these emergent leaders as children gone astray and members of our family, our anger just might be tempered with compassion.  Instead of getting angry at them, as we all tend to do, perhaps we need to pray that God will show them the foolishness of their ways.  I’m not saying we should not call them out when they teach things contradictory to God’s Word.  What I am saying is that perhaps instead of viewing them as enemies, we should view them as children gone astray—children who have run away from home.

It is important that we stand firmly on the truth of scripture and rebuke any attempt to downplay the importance of doctrine.  When emergent leaders teach about accepting homosexuality or propose finding common ground with Islam—an antichrist religion—we need to stand strong and refuse to compromise.  But when we view these emergent leaders as lost family members instead of evil people, we become more apt to also pray for their return.

Jesus’ story of the prodigal son is a story of hope for all Christians.  It shows that God is always ready to forgive and restore us when we go astray.  And instead of allowing hatred for these emergent leaders to well up inside us, we need to pray and hope they will return to the teachings and doctrines Jesus and the apostles laid out for us as a church.

1 John 4 is a challenging chapter of the bible.  It challenges us to recognize and rebuke antichrists and false teachers—but it also commands us to love one another.  This is not an easy combination of emotions—but then again Jesus never said it would be easy being His disciple.  But I think if we start by refusing to look at emergent leaders as evil and instead look at them as lost children, that’s a good start.