A Time To Be Meek–and a Time To Fight!

Fire breathing Christians…I’m sure that title causes discomfort in many of us in these politically correct days we live in.  We have been taught as Christians to be kind, meek and gentle.  And certainly those are desirable characteristics when we keep them in proper context and perspective.  But, as always, we look to the bible and the example of our Lord and Savior Jesus Christ, as truth.  Was Jesus always kind, gentle and meek?  Or did he at the right time pick fights? 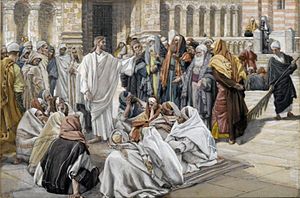 He called the Pharisees “white washed tombs”; he called us hypocrites if we did not first remove the board from our eye so we could help our brother remove the speck in his; He said the road to salvation is narrow, but the path to eternal destruction is wide.  He rebuked the Pharisees telling them they were leading people astray; he warned us that on judgment day many who called him “Lord” would be cast into eternal hell.

Here’s the thing about Jesus; He knew when to be meek, kind and gentle—and he knew when a fight was necessary.  As a church it seems we fail to understand that.  Jesus had no patience for false teachers; yet he showed love and patience for sinners, inviting them to repent and sin no more.  He rescued an adulteress who was going to be rightfully stoned under the law—not because she was innocent—but because the people ready to do the stoning were self-righteous sinners themselves.

As Christians we have adopted the mantra of “Who are we to judge”?  And certainly we are not qualified to judge who will spend eternity where—but we are to make judgments on what is wrong and right according to the Word of God.  False teachers preaching a false or incomplete gospel need to be called out, so that they might see the errors of their ways and repent.

We as Christians who continue to sin need to be called out—so we will repent of our ways and turn back to God.  Muslims and followers of other pagan religions need to be called out, so their eyes might be open to the truth of the gospel.  Yes, we should always do these things in the most loving way possible, but never at the sacrifice of the truth—and never out of fear of being seen as unloving or judgmental.

When Jesus walked among us, he showed great wisdom and discernment on when to be kind, gentle and meek—and when to pick a fight.  And if we are going to be effective ambassadors for him, we better learn how to do the same.  So if you want to walk around oblivious to the false teachings and the attack on the character and nature of God, that is your choice.  But I, for one, will pick a fight when one is biblical and necessary.

Navigating a World of Confusion and Strife Leading the Next Generation