Is the Judgement of God Upon Us? 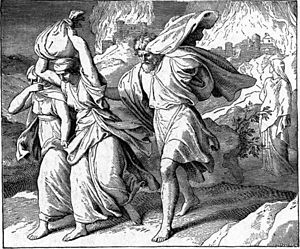 I have been reading Romans Chapter 1 a lot lately about God’s wrath against mankind.  It’s hard to not see many ways this letter applies to our nation these days.  Verse 21 says “for although they knew God, they neither glorified him as God nor gave thanks to Him”…

This has become true not only among pagans, but sadly among many calling themselves Christians.  God’s character and nature are being maligned and he has become our “buddy’ rather than our all powerful, righteous, holy God.

Verse 22 states that “though men claimed to be wise, they became fools and exchanged the glory of the immortal God for images made to look like mortal man”…Look how so many of us, conservatives and progressives alike, look to Washington D.C. and our political leaders for solutions to the problems ravaging our nation.

Verse 24 says “Therefore God gave them over in the sinful desires of their hearts to sexual impurity…”…look at how the church refuses to call adultery and homosexuality sin any more—instead it’s “less than God’s best” as Joel Osteen puts it.

Verse 28 is the real kicker:  “Furthermore, since they did not think it worthwhile to retain the knowledge of God, he gave them over to a depraved mind, to do what ought not to be done.”  When only 1 in 3 self-professed born again Christians claim they believe the Word of God is absolute truth, it is safe to say we have a serious problem with people thinking it is not worthwhile to retain the knowledge of God.

Our guest this morning is sounding a warning that he believes God is preparing to judge this nation because of our slipping into darkness—and I think it is hard to argue against that.  We kill more than one million babies a year through abortion; homosexual marriage is becoming legal and more accepted as the norm; and all fiscal sanity left Washington D.C. a long time ago.

But the amazing thing about God is this:  If we simply acknowledge our sins and repent He is faithful to forgive and restore.  Has our nation collectively grown so arrogant that we will not acknowledge our sinful ways and ask for God’s forgiveness?  As God prepared to destroy Sodom and Gomorrah for their sinful ways, Abraham pleaded for them asking if God would hold off if Abraham could just find 10 righteous men—and God agreed.  But he could not find even 10 righteous men and the cities were destroyed.

We can blame politicians, the media, public schools, abortionists or Hollywood for the moral decline in our nation.  But the fact is only one institution can save America—the church—the bride of Christ.  Do we have the courage to stand up on our biblical principles and reclaim this nation for God?  It starts with us, as Christians, repenting of our sinful ways and lukewarm faith.  We are called to transform the culture to the ways of God—but sadly we seem more interested in letting the culture transform us.  We seem more worried about being “seeker friendly” than we are in standing on the truth of God’s Word.

So if the day comes and the world around us collapses and this nation becomes hostile to God and His people, we don’t have far to look for who’s to blame.  A few short steps to the closest mirror will give us the answer.

Where is Our Joy and Trust?