Last night author Anne Rice’s homosexual son Chris Rice appeared on NBC’s Insider and attacked the views of Kirk Cameron, who was recently asked in an interview to share his thoughts about homosexuality, gay marriage and abortion. He has also recently come under fire for appearing with Glenn Beck to promote his movie, Monumental. Today Kirk shared his thoughts about being true to his beliefs and to Christ. (We are hoping to interview Kirk Cameron soon about his movie, and to ask him how he has handled the immense scrutiny from both the secular world as well as Christians on his stance.)  Here’s what Kirk had to say: 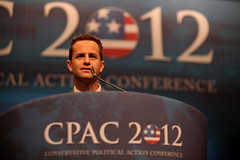 I recently was asked to join Piers Morgan on CNN for an interview about my new film “Monumental.” During that discussion, I was asked to express my views about homosexuality, gay marriage, and abortion. While that was not the agreed-upon purpose of the interview, I was pleased to answer Piers’ questions as honestly as I could.

In some people’s eyes, my responses were not sufficiently “loving” toward those in the gay community. I can only say that it is my life’s mission to love all people, and that I expressed the same views that are expressed clearly and emphatically throughout the Judeo-Christian scriptures. As a Bible believing Christian, I could not have answered any other way.

I’ve been encouraged by the support of many friends (including gay friends, incidentally) in the wake of condemnation by some political advocacy groups. In the case of one of my gay friends, we regularly talk and have healthy and respectful debate. We learn from each other, and serve others alongside one another. I thank God for all of my friends…even when they hold very different views on issues of faith and morality. I do not, however, believe that the right way to advance our views is to resort to name-calling and personal attacks, as some have done to me.

I also believe that freedom of speech and freedom of religion go hand-in-hand in America. I should be able to express moral views on social issues–especially those that have been the underpinning of Western civilization for 2,000 years–without being slandered, accused of hate speech, and told from those who preach “tolerance” that I need to either bend my beliefs to their moral standards or be silent when I’m in the public square.

I hope more than a few people could see the large volume of secularist morality being imposed on me. In any society that is governed by the rule of law, some form of morality is always imposed. It’s inescapable. But it is also a complicated subject, and that is why I believe we need to learn how to debate these things with greater love and respect.

To the thousands of you who have written me letters of encouragement… thank you! And to those who would like know how to further your support, please gather your friends and family, and join me as I seek to show you our true “National Treasure,” at the live, nationwide viewing of “Monumental” on Tuesday, March 27th (www.MonumentalMovie.com).

Motorola reveals plans for ink and even pills to identify us

Abortion images to be shown on Jumbo-tron at Lincoln Memorial