Watching: A "Billion Souls" and the World Leaders Conference 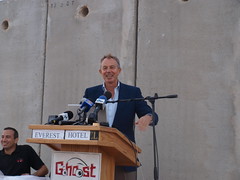 Did you know there is a global effort underway to  finish the Great Commission by AD 2100? It’s an effort to “bring back the King.”  Know what else that is?  Unbiblical. (You were going to say Dominionism, weren’t you?)  From Christian Research Network, here is the scoop on a conference with a very interesting speaker lineup next month. Be sure to watch the video. Anything in Ken Blanchard’s script that sets off red flags of discernment for you?

It is ‘designed to provide participants with a uniquely personal experience’, being ‘limited to an audience size of 400’. It aims to bring together ‘top executives in business and ministry with prominent leadership experts from around the world’ to focus ‘on the critical issues and trends that are shaping business and the church today’. (Source)

The Billion Soul Network aims to ‘help plant five million new churches for a billion soul harvest’ and ‘finish the Great Commission by AD 2100’. Claiming to be a ‘God birthed’ movement, the network’s vision statement asserts, ‘We can achieve more together than we ever could alone by synergizing our efforts to bring back the King.’