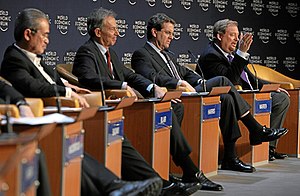 The greatest military leaders are ones who can see beyond the current battle conditions and take a strategic look at what the enemy is up to.  They understand that deception is a big part of warfare and that enemies often try to lull their opponents into a false sense of security as they lay a trap for a final decisive battle of destruction.

The Church in America is facing many battles these days as there are subtle attacks on the foundation of the church—the Word of God.  The enemy realizes a full frontal attack on the church would go nowhere, so he is infiltrating our camp with subtle spies and sympathizers, weakening our base and resolve.  Slowly but surely, the enemy is wearing us down and causing many Christians to question the Word of God as absolute truth.  We are beginning to question just what we are fighting for or what we stand for.

We tend to look at camps like social justice, the emergent church or Chrislam as separate movements.  In reality they are a loosely formed, but effective coalition, undermining the foundation of the church.  They all have the same goal—undermining the absolute truth of the Bible, replacing it with ways that seem right to men.  What we feel is right is gradually replacing what God tells us is right.  In essence we are telling God that we know better than Him what is truth and what is right.

This is nothing more than the latest attempt to build the Tower of Babel—man’s attempts to build a structure that will reach into the heavens.  But this time it is different—these are not some fringe “kooks” attempting to build this tower—they are respected leaders within traditional Christianity.  Men like Campolo, McLaren, Wallis and Warren are respected and followed by millions who fall for their slick tongues and apparent humility, abandoning the truth of God for the wisdom of man.

Do not make the mistake of thinking these leaders and movements are disjointed and acting separately.  This is a well-coordinated plan to dismantle fundamental Christianity and replace it with a form of humanism.  Rick Warren is credited by Emergent leaders like Dan Kimball and Brian McLaren with inspiring them to start the emergent church movement.  Warren glowingly endorsed and wrote the forward for Dan Kimball’s book “The Emerging Church”.  Rick Warren, who has now withdrawn from the battle to support traditional marriage and seeks common spiritual ground with Islam, a religion of antichrist.  Rick Warren who has brought in Hindu and New Age teachers to teach about physical and spiritual health through the Daniel Plan.  But still, millions of Christians seem dazzled by the success of Warren and many pastors hope to emulate his success of a “Purpose Driven Church”.

The Church in America will wake up one day.  The only question is will it wake up early enough or will she slide into full-blown apostasy and become part of the one world religion in Revelation?  We are rapidly approaching a tipping point as a church.  Only one third of self-professed born-again Christians believe the Bible is absolute truth; and a majority of Evangelical Christians now believe Jesus is not the only way to eternal life.  Can full-blown apostasy be far away?  Or has it already arrived?

The First Step On Our Journey