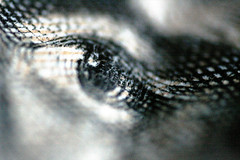 You can run, but you can’t hide from government snoops. With everything from Facebook to smart phones to drones getting better at tracking people and their activities, what impact will this have on the Church when real persecution comes?  Today in our second half, we’re covering just a fraction of the newest technology that has many of us wondering where all of this will lead.

According to the cover story from The New American titled, Surveillance State: Knowing every Bit About You, once the FAA floodgates are opened, American skies may be populated with as many as 30,000 drones by the end of this decade, all keeping tabs on any activity not carried out in basements and behind closed doors and covered windows.

In our first segment,we are discussing some interesting new developments in the Middle East in the past two weeks, and why these two seemingly unrelated topics are very important in the big picture of of our future Church and future world.

The Christian status quo and the "after-Christmas hangover"

The Deception and Dilemma of Progressive Christianity Where is our Trust?