The First Shots of the Final Battle? 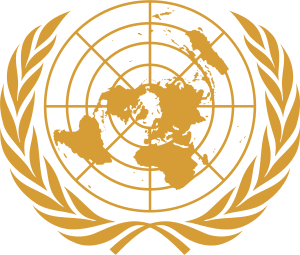 Things are changing rapidly in our nation and around the world.  Economically, the world teeters on the brink of a world-wide depression as governments spend countless trillions on people who no longer want to actually work, but think the government owes them a living.

In the Middle East, the chess pieces are being moved into place for a war against Israel that might kill millions if it escalates to the level many feel it will.

The United Nations continues to amass power and control as nations, including the United States, cede its sovereign authority to a humanist organization that hopes to outlaw all fundamentalist religions in the name of peace.

And in our nation, Christians are starting to see a subtle but growing pressure that will one day lead to severe discrimination, even persecution, for standing on the Word of God as absolute truth.

As radical Islam seizes more control of Middle Eastern governments that control the world’s oil supplies, the entire industrialized world may soon be open to economic blackmail by a radical religion that preaches hatred and intolerance of all Jews and Christians.

Yet, like Nero fiddling as Rome burned, out national leaders sit back and just watch all this happen.  But know one other common denominator between Emperor Nero and what is happening these days—Nero falsely blamed Christians for starting the fires that devastated Rome—and there is little doubt that one day true Christians will be blamed for the woes of this world.  We are seen as hate-filled people because we insist that the Word of God is truth and that His laws must govern the hearts of men.

Any Christian who has seriously studied the Bible should not be surprised by what we are seeing.  Real persecution of true believers is coming—it’s just a matter of when the floodgates open.  Once they do, all hell will break loose—literally.

So what are Christians to do?  Do we panic?  No.  Do we obsess on how bad life might get one day?  No.  We prepare our hearts and seek the peace of God in His Word and His promises.  We understand that one day—perhaps in our lifetimes—persecution will come.  We will each be tested and given an option to renounce our Christian beliefs or to face persecution.

I hope our Christian leaders are also preparing their hearts and seeking God in these troubling times.  Are they prepared to stand up against the attacks on the truth of God’s Word?  Or will they fear losing influence and power, giving in to political correctness?  Will they stand strong for God?  Or will they capitulate like Christian leaders did before Hitler?  If I were a betting man…well we’ll cover that tomorrow.

Do You Really Know God?