Is Obamacare the beginning of the end? 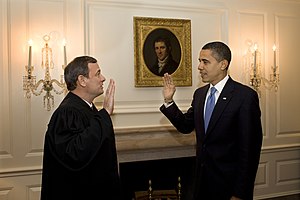 Many Christians are standing up and sounding the alarm that theSupreme Court’s decision today to uphold Obamacare as constitutional, including the controversial individual mandate, is the open door to what will be the slow erosion of our religious freedoms.

Many court watchers were expecting the individual mandate to be struck down as an overreach of congressional power. Congress has the authority because the penalty for not buying health insurance is a tax, the court said.

Chief Justice John Roberts, who was appointed by President George W. Bush, joined the liberal wing of the court in the 5 to 4 ruling.

The ACA was one of President Barack Obama’s most significant accomplishments. It expanded access to health care through a patchwork of laws that built upon existing government programs. It expanded access to Medicaid for the poor, required more employers to provide health coverage and established state-level health care exchanges for those who did not have access to employer-provided health insurance, Medicaid or Medicare.

The only limitation the court placed on the ACA was to say that Congress cannot penalize states that choose to forego Medicaid funds, and the strings that come attached to those funds, by taking away funds that the states have already received.

The four liberals on the court, Justices Ruth Bader Ginsburg, Sonia Sotomayor, Steven Breyer and Elena Kagan, would uphold Congress’ authority to establish the individual mandate under the Commerce Clause. To form the majority, they joined Roberts’ opinion, saying that Congress does not have the authority under the Commerce Clause but does have the authority under its taxing power. In essence, if someone refuses to buy health insurance, they can pay the penalty instead, which is essentially a tax.