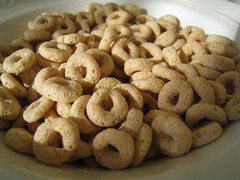 What do home improvement supplies, coffee, and cereal have to do with the gay marriage debate? Although at first glance the answer would be nothing, there is a strong connection. General Mills, one of the world’s largest food companies, has weighed in on the gay marriage debate, joining Home Depot and Starbucks, among other powerful companies, in support of redefining marriage.

The National Organization for Marriage, a non-profit group that advocates for the protection of traditional marriage, has gathered over 20,000 signatures on its petition against General Mills’ public opposition to the marriage amendment in Minnesota this November, which would define marriage as between one man and one woman. Those who signed the petition,Dump General Mills, vowed to boycott the company’s products over its position on the marriage issue.

“If you had a hard time figuring out what coffee has to do with gay marriage, good luck figuring out what the connection is with breakfast cereals,” NOM President Brian Brown writes on the group’s website. “But for whatever reason, General Mills has entered the Culture War … We cannot allow Corporate America [to] throw its weight behind the gay marriage movement!”

The petition reads, in part:

I never thought that by eating Cheerios for breakfast I would be supporting gay marriage. Your decision to pander to same-sex marriage activists has forced me to choose between your food products and my conscience. As long as food is produced by other companies my conscience is going to win out over the desire for another bowl of Lucky Charms. Until you stop supporting this radical social agenda I must, in good conscience, look for substitutes that I can purchase instead of the following brands.

NOM had previously led a similar campaign against Starbucks that has to date over 45,000 signatures. And last year, the American Family Association rallied over half a million people to commit to boycotting Home Depot over its support of homosexual activism.

This November, residents of Minnesota will vote on a constitutional ban on gay marriage.

A Biblical Perspective on Immigration