Headed Over a Spiritual and Moral Cliff? 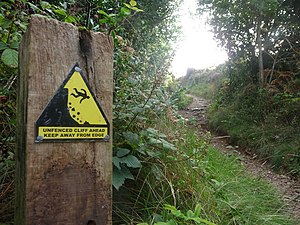 Critiquing traditional foundations of our society is never easy—but sometimes it is necessary.  An objective look at where our nation and the church in America is headed can lead to only one conclusion—we are headed into a spiritual and moral abyss from which we may never recover.  How did it come to this?

No single entity is more responsible for the spiritual and moral decay in this nation than the public education system.  Communists and atheists like Sal Alinsky knew Americans would be slow to reject God and freedom, so he and others began a systematic process of indoctrinating our children into a godless mindset through public education.  And after generations of children being taught lies about God and our nation, Alinsky’s fruit—as rotten as it is—is beginning to produce results.

A recent Gallup poll found that almost 70% of youth in our nation identify themselves as either atheists or agnostics.  And even many of the 30% who still believe in God believe that most gods are equal.  So as bad as things are now in this nation and within American Christianity, we may only be seeing the tip of the iceberg.

As these youth become adults and leaders in our nation, this does not bode well for our nation or the church in America.  We are in the midst of a transformation to a secular humanist society, and it may only be a matter of a few years until God is put on the shelf, replaced by self-worship and a society led by people who believe truth is relevant.

As watchmen, our calling is to sound the alarm and warn the people—so here goes:  Christianity and our nation are in severe crisis and if something is not done soon, our nation will decay into turmoil and the church will be rendered completely ineffective.  Unless we return to the fundamentals of the bible and the complete gospel, much or all will be lost.  Our nation will spiral into a totalitarian state and the church will be controlled by the government.  Hitler and Stalin used this tactic to consolidate power and it will happen again unless we as true Christians wake up and lead this nation into true biblical revival.

So our choice as Christians is clear:  We can continue to stick our heads in the sand and hope things will get better; or we can drop to our knees, ask God’s forgiveness and start to be the light and salt Jesus commanded us to be.   If we fail to do so, all that this great nation once stood for will be lost.  God has blessed this nation for many years because we dedicated our nation to Him and His teachings.  He is trying to get our attention, but we seem content to do things our way instead of returning to Him.  Ancient Israel did the same thing and was destroyed by Babylon.  Are we so arrogant to think God would not allow the same to happen to us as we turn our backs on Him?

Maybe you think I am overreacting.  If so, then just continue doing what we are doing and let the chips fall where they will.  But if what you see around you is deeply concerning, then it demands action.  The first step is repenting of our own sin; the second is demanding that our Christian leaders return to preaching the gospel and not the “feel-good” message so many churches have turned to.  And the third is demanding that our nation’s leaders return to the values and biblical principles upon which this nation was founded.  The choice is ours—and God is sitting by waiting for our response.

An Open Letter to Pastors in Wisconsin

What If You Lost "Everything"?