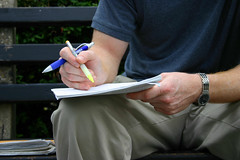 Last month we received an email from a friend down under, who wrote to tell us of his church asunder.

Thanks for your program guys.

I live in Brisbane Australia and the pastor has just had a Muslim man take the pulpit- He lifted up the name Isa and stated Jesus was a prophet. He also announced that he worshiped in the mosque yesterday. I was the only one of around 200 people who challenged them and stated my Jesus was the Son of God and the only way to salvation. I feel better equipped to fight this battle because of your program but it is a lonely road as I fear I will be asked to leave this ‘assembly of God” church.

keep sharing your messages of truth… Trying to Know What We Shouldn’t

Can Muslims Follow the Biblical Christ and Still Be Muslim?