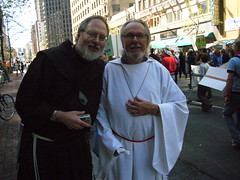 A few months ago, hugely-popular Psychology Today made the dire prediction that atheism will win out over faith in less than two decades from now. And certainly the Bible says that millions will indeed be deceived and fall away from Christ in the end. But I ask, isn’t atheism its own religion?

The rise of secular humanism and “progressive” Christianity in this nation bears testimony to what Psychology Today is predicting. (Check out Mike LeMay’s book, The Suicide of American Christianity: Drinking the Cool-Aid of Secular Humanism.) Here is the article:

Atheism to Defeat Religion by 2038     (reprinted from Psychology Today)

My blog posts on religion have attracted a lot of controversy. Religious people are annoyed by my claim that belief in God will go the way of horse transportation, and for much the same reason, specifically an improved standard of living.

The view that religious belief will give way to atheism is known as the secularization thesis. The specific version that I have described is known as the existential security hypothesis. The basic idea is that as people become more affluent, they are less worried about lacking for basic necessities, or dying early from violence or disease. In other words, they are secure in their own existence. They do not feel the need to appeal to supernatural entities to calm their fears and insecurities.

The notion that good living conditions are associated with a decline in religious belief, importance of religion, church attendance, and so forth, is supported by a mountain of evidence assembled by Pippa Norris and Ronald Inglehart in their book, Sacred and Secular (1), as well as numerous more recent works (2).We can be as sure of the relationship between material security and declining religious belief as we are of any other such connection in the social sciences. That does not prevent some serious scholars, like political scientist Eric Kaufmann (3), from making the opposite case that religious fundamentalists will outbreed the rest of us. Yet, noisy as they can be, such groups are tiny minorities of the global population and they will become even more marginalized as global prosperity increases and standards of living improve.

The most obvious approach to estimating when the world will switch over to being majority atheist is based on economic growth. This is logical because economic development is the key factor responsible for secularization. In deriving this estimate, I used the 9 most godless countries as my touchstone (excluding Estonia as a formerly communist country). The countries were Belgium, the Czech Republic, Denmark, France, Germany, Japan, the Netherlands, Sweden, and the United Kingdom. These 9 countries averaged out at the atheist transition with exactly half of the populations disbelieving in God according to Zuckerman’s compilation of data on disbelief in God in around 2004. Their gross domestic product (GDP) averaged $29,822 compared to $10,855 for the average country in the world. How long will it take before the world economy has expanded sufficiently that the GDP of the average country has caught up to the average for the godless countries in 2004?

Using the average global growth rate of GDP for the past 30 years, of 3.33 percent (based on International Monetary Fund data from their website), the atheist transition would occur in 2035.

Belief in God is not the only relevant measure of religion, of course. A person might believe in God in a fairly superficial way without religion affecting their daily lives. One way of assessing the depth of religious commitment is to ask survey participants whether they think that religion is important in their daily lives as the Gallup Organization has done in worldwide nationally-representative surveys.

If fewer than 50 percent of the population agreed that religion was important to them, then the country has effectively crossed over to a secular majority. The godless countries by religiosity were Spain, South Korea, Canada, Switzerland, Uruguay, Germany, and France. At a growth rate of 3.33 percent per year it would be 2041 before the average country in the world would be at an equivalent level of affluence as these godless nations.

If national wealth drives secularization, the global population will cross an atheist threshold where the majority see religion as unimportant in their daily lives by 2041.

Averaging across the two measures of atheism, the entire world population would cross the atheist threshold by about 2038 (average of 2035 and 2041). Although 2038 may seem improbably fast, this requires only a shift of approximately 1 percent per year whether in religiosity (0.9 percent) or belief in God (1.2 percent).

Is the loss of religious belief something to fear? Contrary to the claims of religious leaders, godless countries are highly moral nations with an unusual level of social trust, economic equality, low crime, and a high level of civic engagement (4). We could do with some of that.

Barber, N. (2012). Why atheism will replace religion: The triumph of earthly pleasures over pie in the sky.