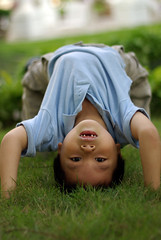 Did you know that Americans who believe being gay is a sin are now a minority? A new survey is getting some buzz, and we’re going to talk about the numbers and what it means for the Church a little later in the program. But there is no doubt there is a shift going on in that area — a shift that a Southern Baptist-affiliated research group links to President Barack Obama’s changed opinion of gay marriage. No matter how the shift has happened, one thing we do know is that it will affect the spirituality and beliefs of our children.

Today in our first segment we’re asking if we as a Body of Christ are doing all we can to reach the next generation of Christians, to equip them for the times we are in. In our first segment, Ray Comfort joins us.  Ray is an evangelist and the best-selling author of more than 60 books. You may be familiar with the very popular pro-life documentary he created titled 180 that is taking the internet by storm. He is also the co-host of an award-winning television program (with actor Kirk Cameron), called The Way of the Master TV, which is seen in 70 countries.

The Allure and Danger of Freemasonry