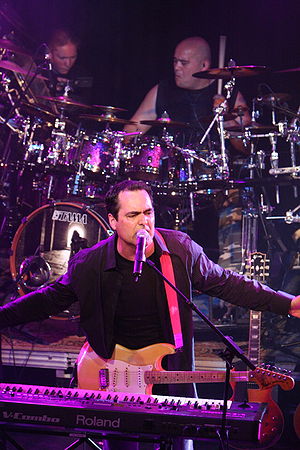 We’ve been talking about the so-called “head of the octopus” of all the harmful movements you’ve seen sneaking into the Church in the past several decades. Thanks to secular humanism, dominionism and liberal Christianity, those movements no longer need to sneak; they march proudly down the center aisle and perch themselves in the front pew.

So what is at the core? It is our willingness as the Body of Christ to abandon or add to Scripture. In some cases we’ve decided that the Bible is either not the whole truth, or needs our help embellishing the facts.  Sola Scriptura has been largely abandoned, and Christianity has become something folks like Paul or Peter would hardly recognize today.

Here are more thoughts shared in an interesting article from writer Anthony Castellito, who pens “An open Letter to David Sessions, Jim Wallis and all the liberal-lukewarm Christians:”

By Anthony Castellito, reprinted with permission

“So then because thou art lukewarm, and neither cold nor hot, I will spue thee out of my mouth.”

I’ve grown weary of activists who under the guise of Christianity look to tear down Traditional Christianity & Conservatism while promoting a humanistic man-centered approach to faith that undermines and denounces God’s immutable attributes and decrees.

These are the type of people who sneer at original sin while embracing deceptive science. They are willing to support all kinds of corrupt practices and compromise the Gospel in an effort to gain the acceptance and support of the modern progressives.

These are the lukewarm Christians, the hypocrites, those who prefer man’s wisdom, excuse depravity, and take offense to accountability. They have adopted the damning tolerance and arrogance of moral relativists while helping to advance a smear campaign against Christian conservatives who hold to principles and traditions grounded in Biblical truth.

1. They ignore the correlation between moral decay and expansion of social programs.

2. They champion amnesty for illegal aliens without offering proper justifications or solutions.

3. They excuse homosexuality on scientific grounds and make gay marriage a state issue, ultimately advocating marriage be one size fits all without considering long-term ramifications, God’s natural order and the fall of man.

4. They engage in wealth envy, class warfare, the promotion of stealing, coveting, lying and bullying to advance their vision of a ‘just’ society with calls for economic retribution and equal results despite the fact that the poor are already taken care of in America, entitlements are unsustainable, we are stealing from our children and grandchildren to ensure stabilization and expansion of these entitlements, the most needy (elderly, disabled) will have more competition for state dollars with continued increases in government dependency, fiscal responsibility (even with tax increases on the wealthy) is no longer politically expedient, and the middle class continues to face higher taxes and consumer cost increases on food, gas, energy, etc.

5. They excuse abortion, while claiming that Christian conservatives are unified in support of war, harsh interrogations and the death penalty.

6. They ignore the threat of Radical Islam or that Islam be called out as a political-social power grab that will lie & use force when peaceful Islamic conversion is not achieved.

7. They fail to acknowledge that much of evolutionary science is based on false presuppositions but rather demean the knowledgable, educated Christian who has done the research and sees the deceptions (Icons of Evolution, J. Wells) http://www.iscid.org/papers/Wells_CriticsRave_062602.pdf

8. They use today’s culture and media to mock, discredit and ridicule historical Biblical orthodoxy grounded in God’s everlasting truth.

9. They try to blur the realities of sin by accusing traditional Christianity of sexism, racism and ignorance.

10. They have their own axes to grind….which has more to do with a hostile aversion to conservative Christian principles with our emphasis on personal charity, natural and supernatural grace in conjunction with God’s honor, mercy and abhorring of sin.

*If Darwinism was true: there is, never was or never will be any true moral standard. The only reason we made it this far is because of the God of the Bible and His moral law, throw it out and personal immorality will soon lead to self-centered/interested calamity.

Secular humanism and liberal Christianity is hurting this countries vitality. Two of the biggest factors are deceptive/mythical state-church separation and evolution. Those two demonic movements have deeply wounded Christianity’s influence on the culture and we are worse off as a result! A Different Perspective on the Rapture of the Saints A New Front in the War Against Radical Islam?