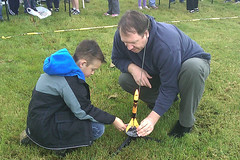 The Boy Scouts of America were supposed to vote on whether to end its ban on openly gay Scout leaders. (See breaking news for delay announced a short time ago)

In the past week, the scouts have been getting pressure to change its longstanding position from corporations like Merck, threatening to pull its sizable financial support, all the way to the president of the United States. Yes, even Mr. Obama has called on the scouts to admit homosexuals — to expose them to what he says is “opportunities and leadership.”

The larger issue: How do we as Christians stand up to pressure to evolve our positions on issues? How do we do this in truth in love, in a world growing increasingly hostile to God’s Word?

Our Battle is Not Against Flesh and Blood

How we read the Bible