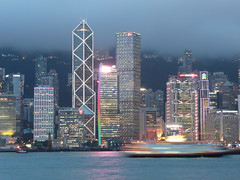 In the past five years, fear and alarm has spread around the globe as the world economy has experienced a severe shaking. Millions of people feel helpless and fearful of the future, as stock markets have plummeted, banks and companies have failed, and tens of millions of jobs have been lost.

Today’s program could be very depressing unless you are solidly grounded in Jesus Christ as your Lord and Savior. The Bible is very clear that the world-wide economic system will one day collapse just before the return of the Lord.

Joining us today is a guest who has devoted much of her life studying end times prophecy. Mary Danielsen, who is here to sort this out, and you can find her reports on the high-tech influences used by world governments to keep tabs on its citizens. She shares this on her The Things to Come blog.

The Sola Sisters: From New Age to Born Again

Things that go "Bump" in the church

Fun with infanticide! Videogame has players overcome obstacles to abort their babies in Texas