The movement that will split the Church 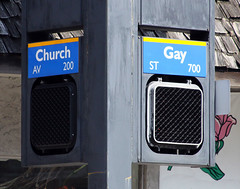 More than any other hot-button topic we cover on this program, it is the homosexual agenda being pushed from the highest office in the land that will – and in some cases already has – split the Body of Christ.  From pastors, who proclaim that On homosexuality, many Christians get the Bible wrong, to President Obama Formally Asking the Supreme Court To Strike Down Gay Marriage Ban.  When gay marriage does become a federally-protected right and any biblical opposition becomes ruled as hate speech, where will your church stand? Will you be able to weather the storms of the inevitable compromises and church splits that will come as a result?

In our first segment, our excellent guest is William J. Murray, a strong advocate who speaks out against the persecution of Christianity in America and around the world as chairman of theReligious Freedom Coalition, a non-profit organization in Washington, D.C., and is active on issues related to aiding Christians in Islamic and Communist nations and founded ShariaFreeUSA.org. His mother was the founder of American Atheists was Madeline Murray O’Hair. You may remember that she also won the landmark lawsuit on behalf of her son William that effectively banned prayer in public schools. Thankfully William did not follow her path, and works to fight religious persecution around the world. (Check out his Capitol Hill Updates blog.)

Transformers: More than meets the eye