What in the world… 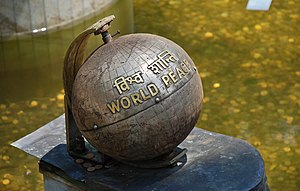 Should Christians hope for world peace? We know in our Bible Jesus spoke of wars and rumors of war in the last days, and we also know there will be a false peace on earth. What is happening in our world today? On Monday, President Obama prepared for his trip to the Middle East by meeting with Muslim and Arab officials, and many in the United States are asking about what the president’s goal is with this trip.

Joining us to talk about world issues like these from a Christian perspective is Ryan Mauro, founder of WorldThreats.com, and Radical Islam.0rg. and an intelligence analyst with the Asymmetric Warfare and Intelligence Center. Ryan has done extensive research for the Reform Party of Syria, a group dedicated to bringing democracy to that country. In 2005, he published his first book, Death to America: The Unreported Battle of Iraq, about the conflict in the Middle East.

"Hey haters," are we walking in Truth AND Spirit?

From spiritual abuse to a safe place in Him