American Mosques are off limits for the FBI, WHY? 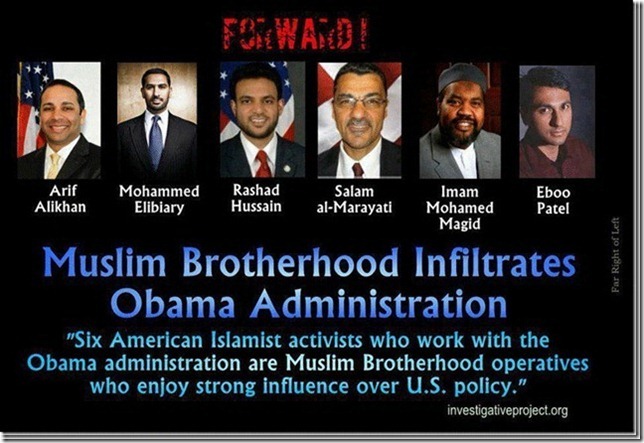 First, why would the NSA need to do this? The answer we have been getting from the Obama’s administration is that it is necessary to stop Jihadist from attacking the U.S.

Second, due to the Obama administration directive to remove any reference of Jihad, Islamic terrorism and Islam from any training manuals of counter terrorism training at the FBI, why would they claim that spying on the American people is to stop terrorists from attacking the U.S.? Who then are the terrorists? According to Obama’s admin, they are not Muslims. Then who are they looking for?

Well, according to DHS, they are Iraq and Afghanistan war veterans, “right-wing” religious people who believe in the Bible and guns, and patriots.

If such spying is so necessary, why are American Mosques off limits? Considering that Mosques are breeding ground for radicalized Muslims. This in itself is an outrage.  To spy on every American and not the institution that trains and brainwash Jihadists?  Can you imagine the U.S. government in 1939-1945 spying on and investigating every American, but not Nazi training centers in America? This would never have happened.

One must also ask, why would the U.S. government do this? You have to see the pattern of the Obama’s administration support of the Muslim Brotherhood (MB) agenda and allowing the infiltration of MB agents into high level of the American government.

This is a very clear and present national security danger to the American people by not having a watchful eye on the breading ground for Jihadists.  The American government is fighting a very dangerous, politically-correct war that makes the American people the enemy, and the Jihadists the innocent.

It is very clear that the American government from both sides of the aisle has had a pro-Islamic agenda since 2009, and this policy has been advanced at the speed of light.  Any American freedom-loving citizen would like to have his government be his/her protector from any enemy whether domestic or foreign.  Unfortunately, this is not the case with the current administration.  Here are some of the Muslim Brotherhood agents who have been appointed to a high-level government posts that would undermine American freedoms and national security:

As an American patriot, you must contact your Congressmen and Senators. Demand of them to stop this infiltration by Muslim Brotherhood infiltration and for the FBI to keep an eye on every Mosque in America.  America is worth fighting for.