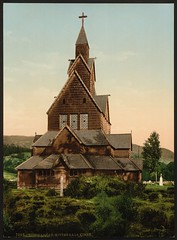 Today we’re talking about youth, faith and education. In our first segment we’re talking with someone who has been sounding the alarm about national Common Core standards and curriculum. Kyle Olson is publisher and founder of EAGnews.org dedicated to education reform. Kyle is a contributor to TownHall.Com and has written a book titled, Indoctrination: How Useful Idiots Are Using Our Schools To Subvert American Exceptionalism.

Here is a segment of the film:

We’re also asking, Should We Be Using “Climate Change” to Reengage Our Youth?

The Christian Post is actually promoting earth worship as a way to get engage teens and keep them from leaving the Church. We’ll cover an article titled, Reversing the Trend of Teens Leaving the Church: Using Climate Change to Reengage Our Youth.

Everything orbits the Son.

World Religions and the Challenge of Religious Freedom