Christie: "Homosexuality is not a sin;" Bans therapy 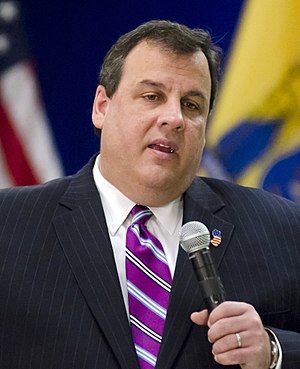 Still looking for the RINOs to save the nation?

TRENTON – Reiterating his belief that homosexuality is ‘not a sin,’ the Republican governor of New Jersey signed a bill into law on Monday that bans the use of conversion or reparative therapy, or to otherwise help youth who are struggling with homosexual feelings to overcome their temptations.

Governor Chris Christie’s office released a statement during the day outlining that Assembly Bill 3371 had been signed into law following its passage in both state houses in June.

Text of the bill notes that the law bans “the practice of seeking to change a person’s sexual orientation, including, but not limited to, efforts to change behaviors, gender identity, or gender expressions, or to reduce or eliminate sexual or romantic attractions or feelings toward a person of the same gender.” However, the regulation does not apply to counseling that seeks to affirm homosexual emotions or behaviors.

“[This bill] shall not include counseling for a person seeking to transition from one gender to another, or counseling that  provides acceptance, support, and understanding of a person or facilitates a person’s coping, social support, and identity exploration and development, including sexual orientation-neutral interventions to prevent or address unlawful conduct or unsafe sexual practices; and does not seek to change sexual orientation,” it explains.

In signing the bill, Christie attached a personal statement explaining that while he wants to protect the interests of parents whose children struggle with homosexuality, he believes that efforts to help youth fight their inclinations can be harmful.