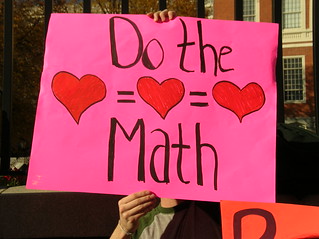 Utah and Indiana became the latest U.S. states to see their bans on same-sex marriage struck down following separate rulings in federal court on Wednesday.

“It is wholly illogical to believe that state recognition of love and commitment of same-sex couples will alter the most intimate and personal decisions of opposite-sex couples,” a three-judge panel in the Utah case said while upholding a lower court ruling, NPR reported.

Back in December, Utah briefly became the 18th state where gay couples received the right to marry, after a federal district judge ruled that the state’s same-sex marriage ban was unconstitutional. The decision was then put on hold pending appeals, though more than 1,300 gay and lesbian couples managed to get married before that.

Wednesday’s decision, which resulted from a 2-1 split decision, has been put on hold, pending appeal which could go directly to the Supreme Court.

In Indiana, District Judge Richard Young, who also upheld a lower court ruling, added: “Same-sex couples, who would otherwise qualify to marry in Indiana, have the right to marry in Indiana. … These couples, when gender and sexual orientation are taken away, are in all respects like the family down the street. The Constitution demands that we treat them as such.”

Indiana Attorney General Greg Zoeller has filed a notice of appeal and an emergency request for a stay of Young’s order, The Courier-Journal reported.

“Until the United States Supreme Court determines that traditional marriage laws such as Indiana’s are unconstitutional, it is premature to require Indiana to change its definition of marriage and abide by this court’s conception of marriage,” the attorney general wrote in the request for stay. “Nonetheless, marriages in violation of Indiana’s existing law have taken place, are taking place, and will continue to take place pursuant to this court’s order.”

Traditional marriage groups, such as the National Organization for Marriage, which last week staged the March for Marriage event in Washington D.C., said that they disagree with the decisions but do not find it surprising.

“The elected representatives of the people of Indiana have decided, for good and proper reasons, to define marriage as the union of one man and one woman. It is judicial activism for a single judge to substitute his own views on marriage for the considered opinion of the people’s representatives,” NOM President Brian Brown said in a statement.

“This is just the latest example of activism from the federal bench, but we fully expect this decision to eventually be reversed when the U.S. Supreme Court upholds the right of states to define marriage as a man and a woman. In the meantime, it is imperative that the state legislature move forward a state constitutional amendment preserving marriage so that the people always remain in control of the definition of marriage in Indiana.”

Brown also praised Justice Paul Kelly’s dissent in the Kitchen v. Herbert case in Utah, where the judge argued that the people of the state have the right to decide the issue for themselves.

“And while the Court has recognized a fundamental right to marriage, every decision vindicating that right has involved two persons of the opposite gender. Indeed, the Court has been less than solicitious of plural marriages or polygamy,” Kelly wrote.

“If the States are the laboratories of democracy, requiring every state to recognize same-gender unions—contrary to the views of its electorate and representatives—turns the notion of a limited national government on its head.”

What Is Theophostic Counseling?

Enterprise, Falcon, or Galactica? What might Christians use to explore and cultivate the restored cosmos?