Is God preparing the World for the Return of Jesus Christ? 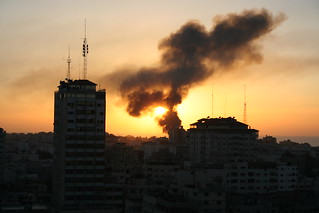 Fewer and fewer churches seem interested or willing to teach Biblical prophecy—even though about 30% of the Bible deals with prophecy.

There are a couple possible reasons for this:

And there are some who buy into how Rick Warren twisted the message about when the apostles asked Jesus about His return.  Warren says in his Purpose Driven Life book that Jesus told them “it is none of your business.”
(Warren even said that those who study biblical prophecy are “not fit for the Kingdom of God!”)  Jesus did not say that—in fact he told them to be aware of the signs of His return.

So what is it we know and do not know about the return of our Lord?
Well, we know that no man can know nor should try to predict the exact day
We know we should not just sit on our hands as fatalists and just wait for His return—we have work to do for Him
But we should also be aware of the signs of His return so we can be prepared for the great deception that Jesus warned us would come just before he returns.

So, let’s look at a few events and trends we should keep our eyes on:

Increasing tension in the Middle East:

Israel is the center of the final days and whenever she is attacked and defends herself, the stage is set a little more for the final days.

You have radical Islam, which publicly states their goal is to wipe out Israel and kill Jews and Christians, growing in strength and numbers.

And you have the US increasingly isolating and abandoning Israel, in spite of the fact that Israel goes out of its way to be at peace with its Muslim neighbors.

And we have a progressive wing of Christianity, led by people like Wallis, Campolo and Lynne Hybels, who are painting Israel as the aggressor in the Middle East.

We have Iran who will soon have nuclear weapons and has publicly stated they will use them against Israel. 2 nuclear weapons detonated in Israel would kill 90% of the population and decimate Israel—Israel cannot and will not stand by and let Iran acquire nukes.

We have Syria who has tons of chemical and biological weapons—another Muslim state that hates Israel and is committed to her destruction.

And now we have ISIS—the first official Muslim caliphate state.

The Rise of Russia

We all thought the Soviet union was dead in 1989 when the Berlin Wall fell and Communist regimes around the world fell.

Well Russia under Vladimir Putin is back and committed to again being a dominant world power. Russia has its fingers in Iran, Syria and now Iraq. The Bible in Ezekiel points to Russia as a major player in the coming war against Israel.

There are certain laws of physics and economics that cannot be broken or ignored by man. The world has borrowed and spent itself to the brink of economic collapse.

There is no way that the world will NOT go through a huge economic upheaval in the coming years.

The growth of evil

Evil has existed in the hearts and minds of men since the fall in Eden. But we are looking more and more like the “days of Noah” when every thought and inclination of man is only evil”.

Millions of babies murdered every year for economic selfishness.
Christians being slaughtered in Asia and Africa and the world sits by and does nothing.
Even professing Christians increasingly justifying their evil beliefs and actions all the while claiming to be followers of Jesus Christ.

And we have a church in America that is feeding the problem. We are selling out to “The American Dream”, abandoning God as our first love, and putting him somewhere between our love of wealth and our favorite sports team or television show.

But it sure seems that the fulfillment of biblical prophecy is taking place right before our eyes.

But with all this pending, here is my biggest concern: When the economy collapses and the money we love is yanked from us; when the world is on the brink of annihilation and people are looking for real hope—is the church—the people of God—prepared to share the gospel of salvation?

The gospel is the acknowledgment of our sinful state and a call to die to this world and be born again in Jesus Christ. But the “gospel” increasingly preached these days is nothing but “modified humanism”.

The “gospel” presented more and more these days is “me centered” instead of focused solely on Jesus Christ. It’s all about what Jesus can do for me in this life time—instead of what I am called to give up for Him.

My heart breaks when I see the opportunity that we will be given in the coming years—and how ill-prepared we are to capitalize upon it to grow the kingdom of God.

What do I know?

Are Our Lamps Filled With Oil?