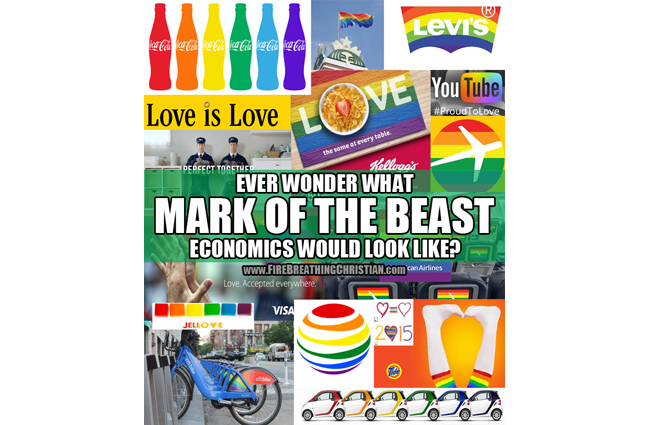 How much harder is it for a Christian to get a job or keep a job with a major American corporation than it was, say, 15 years ago?

What if that Christian has taken clear, public stands in obedience to Christ and out of loving concern for the lost in accordance with the Gospel and Great Commission regarding the inherent sinfulness of the homosexual deathstyle?

How much harder is it for that sort of Christian to get or keep a job with, say, AT&T, Coca-Cola, Kellogg’s, Visa, Citibank, Wells Fargo, American Airlines, or any number of proudly pro-sin corporations in America?

How much harder will it be for that Christian to get or keep that sort of job two or three years from now?

These are important questions.

Since sometimes visuals help us to learn, perhaps the following graphic composed of corporate promotional responses to Friday’s “Supreme Court” decision would be helpful as we go about trying to answer these questions. To that end, here’s a very small sample of the American corporate response to the official American declaration of “gay marriage” as legitimate (see also: “Supreme Court” Votes for Wrath of God Upon America): 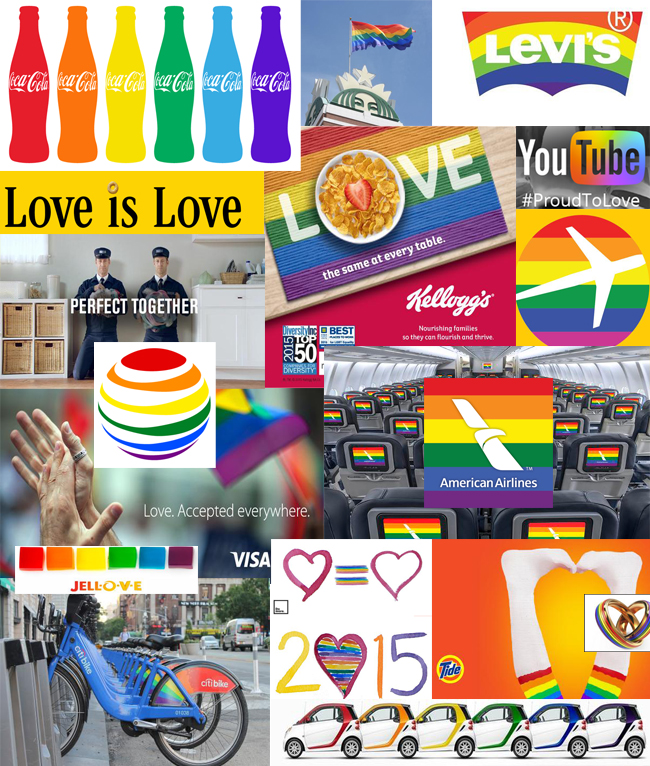 Does this collage of All-American corporate propaganda aid in attaining a solid understanding of the extreme and increasingly precarious economic position in which biblically obedient, practicing Christians now find themselves to be in here in “the land of the free” and the home of the NSA?

Does it assist us in appreciating the gravity of the situation? Does it help to clarify the harmony between the Corporate and State powers that have conspired and are continuing to conspire to shape and mold us into something radically anti-Christian as a people and culture?

Does the obvious harmony and cooperative effort between Corporate powers (including the Corporate-owned American State) help us to better see the purposeful nature of the path that we are on? (See: Putting Teeth into “Mark of the Beast” Economics.) 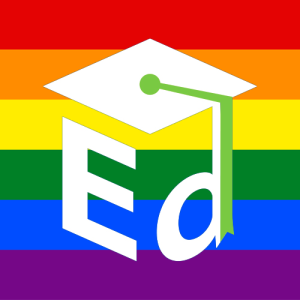 So it is that the Corporate-owned/State-run children’s “education” system marches lock step with the rest of the Corporate tools that would influence and lead us deeper and deeper into the bondage of American Statism. (See: American Public Schools are Officially Gay.)

And they’re not even trying to hide it anymore.

And that’s how pathetic we’ve become here in “the land of the free” and the home of the NSA.

Even so, our opportunity as Christians here and now is great, and for many reasons, including:

First off, we are not to fear. We are not to stress. We are not to worry. Our God is God and our ultimate victory is assured. He will give us everything that we need to do what He has called us to do so that we might faithfully advance His Kingdom as He (perfectly) sees fit.

With that in mind, we do need to pay attention. We need to be alert. We need to stay frosty.

We have to seek out and deal honestly with reality. We cannot pretend that things are other than what they are, and we cannot enable others to do the same.

Detailed plans and strategies are important, and I hope to share thoughts along those lines in the future, Lord willing. My schedule currently makes that difficult, but I hope to find the time soon.

In the meantime, I wanted to share these general reminders so that we might better keep our eye on the ball and avoid the many distractions routinely and redundantly offered up by the enemy.

Our God has placed each and every one of His people precisely when and where He wants them. Ours is a great mission – His Great Commission – and that should fill us with hope, joy and unconquerable confidence even as our enemies conspire more openly and intensely against us.

Why the “Mormonism thing” needs exploring

Deception is Rampant, but What is Truth?

Christians and Mormons in dialogue